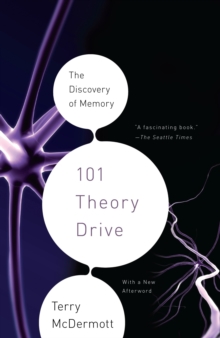 101 THEORY DRIVE: THE DISCOVERY OF MEMORY

Neuroscientist Gary Lynch, almost a cult figure in some circles, has spent four decades searching for one thing--the mechanism by which the human brain makes memories. For most of human history, scientists who wanted to investigate memory, or any other cognitive process, had been forced to stand outside the brain and guess what was going on in the lost world inside. The tools and abilities hadnâ€™t existed to look directly for the answers to questions they wanted to ask. They were little better than monkeys climbing over the wreckage of a downed airliner, Lynch thought. In the second half of the 20th century, Lynchâ€™s generation for the first time moved the search into the complex machinery of the brainâ€™s interior. The move from outside in had finally given them a fighting chance to uncover the molecular mechanisms of the brain--to learn what actually happens when people think and talk, how they learn and remember. When I first met him in 2004, Lynch thought he was at the threshhold of addressing some of the fundamental questions of the human condition. He invited me to his lab to watch as he made one final attempt to throw open the door and see inside. 101 Theory Drive is an account of what I saw. --Terry McDermott