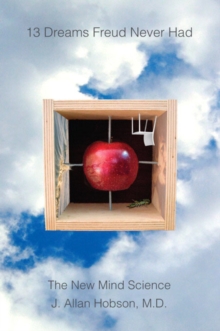 The new mind science revolution sweeping the world is providing astonishing new insights into almost every aspect of our daily lives. But where did it all come from? One answer, as Allan Hobson now demonstrates in his elegant masterpiece 13 Dreams Freud Never Had, is the simple act of waking up and thinking about our dreams.

Freud ushered in the modern era of neuroscience when he set out on his great Project for a Scientific Psychology in an effort to bring science to the world of our imaginations. One of the first sites of his investigation was the interpretation of dreams. Freud believed dreams resulted from an elaborate effort of the mind to conceal unacceptable instinctual wishes welling up from the unconscious when the ego relaxes its prohibition of the id in sleep. But modern neuroscience, including Hobson's own research, has shown this understanding of the brain to be wrong. As Hobson lucidly explains, the bizarre nature of our dreams has nothing to do with repressed emotion as Freud taught; it results from the way the brain is physically built. Chemical mechanisms in the brain stem, which shift the activation of various regions of the cortex, generate these changes. Here is an amazingly clear window on how thoughts are actually created from our memories of experiences.

Each chapter of this book begins with notes describing a dream taken after Dr. Hobson awoke from it. Dr. Hobson discusses how the dreams can be interpreted given the circumstances of his waking life. Each chapter then shows how that interpretation fits into the physical structure of the brainâ€”for instance, why movements our bodies make and movements we see in our mind's eye are so much a part of how we think.

Allan Hobson and other brain researchers have, over the last several decades, been constructing a new neurocognitive model of the mind. With the unique perspective of one the revolution's leading researchers, this superb book delivers a fresh, vivid, and compellingly personal ove