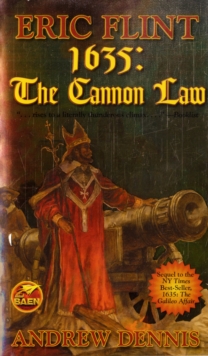 Product Description Rome, 1635, and Grantville's diplomatic team, headed by Sharon Nichols, are making scant headway now it has become politically inexpedient for Pope Urban VIII to talk to them any more. Sharon doesn't mind, she has a wedding to plan. Frank Stone has moved to Rome and is attempting to bring about the revolution one pizza at a time. Cardinal Borja is gathering votes to bring the Church's reformers to a halt in their tracks, on the orders of the King of Spain. Meanwhile, trouble is brewing in the streets, shadowy agitators are stirring up trouble and Spain's armies are massed across the border in the Kingdom of Naples, Cardinal Barberini wants the pamphleteers to stop slandering him and it looks like it's going to be a long, hot summer. Except that Cardinal Borja has more ambitions than his masters in Madrid know about, and has the assistance of Spain's most notorious secret agent to bring about his sinister designs. About the Author Eric FlintÂ is a modern master of alternate history fiction,Â with three million books in print. Heâ€™s the author/creator of the multipleÂ  New York TimesÂ best-selling Ring of Fire series starting with first novelÂ  1632. With David Drake he has written six popular novels in the â€œBelisariusâ€ alternate Roman history series, and with David Weber collaborated onÂ  1633Â andÂ  1634: The Baltic WarÂ and two novels in Webers Honorverse series. Â Flint was for many years a labor union activist. He lives near Chicago, Illinois.