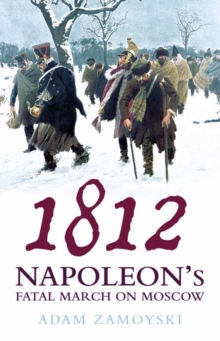 This is the story of how the most powerful man on earth met his doom, and how the greatest fighting force ever assembled was wiped out.; By 1810 Napoleon was master of Europe, defied only by Britain, which he could not defeat because he had no navy. His intention was to destroy Britain through a total blockade, the Continental System. But Tsar Alexander of Russia now refused to apply the blockade, and Napoleon decided to bring him to heel.; Napoleon quickly realised that nemesis awaited him, and the events of 1812 had a colossal impact on the fate of Europe: a great patriotic surge helped turn the Russians into a nation (hence Tchaikovsky's '1812' overture) and led them to reject Western values; the Germans began their fateful 'Prussification'; the French lost their cultural dominance.