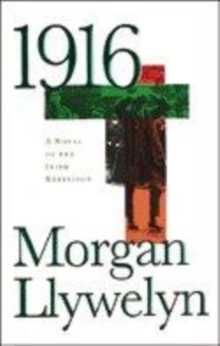 Product Description A powerful fictional portrait of Ireland's Easter Rising of 1916 follows the events and personalities of the rebellion as chronicled by some of its passionate participants, including poet-rebels Patrick Pearse, Thomas MacDonagh, and Joseph Plunkett. 100,000 first printing. Tour. From Publishers Weekly The task of transforming the events of the 1916 Irish Rebellion into coherent fiction would terrify most writers. Llywelyn (The Lion of Ireland; Red Branch), however, has produced a thunderous, informative read that rises to the challenge. Sticking to the historical facts and incorporating all the major historical figures, Llewelyn filters them through the experience of the fictional Ned Halloran, a young Titanic survivor whose lust for life takes on new meaning when he goes to the Irish-language school run by poet and schoolmaster Padraic Pearse. Gaining a new appreciation of Irish culture, Ned also learns of Ireland's tragic, bloody history. He soon becomes aware that he is alive in a vibrant and epochal time, when the new century's potential inspires poets and revolutionaries to challenge the British Empire's colonial might. Ned falls in love and graduates from schoolboy to soldier. On Easter Monday, 1916, he is ready for the Rising itself, and (as happened on those famously unisex barricades) his sweetheart fights by his side. Battle scenes are both accurate and compelling. The betrayals, slaughters and passions of the day are all splendidly depicted as Llywelyn delivers a blow-by-blow account of the rebellion and its immediate aftermath. The novel's abundant footnotes should satisfy history buffs; its easy, gripping style will enthrall casual readers with what is Llywelyn's best work yet. Author tour. Copyright 1998 Reed Business Information, Inc. From School Library Journal YA-A novel set in Ireland at the time of the Easter Rebellion. Llywelyn tells the tale of 15-year-old Ned Halloran, a young Titanic survivor who lost both of his parents in that disaster. Upon his return to his native Ireland, he becomes embroiled in its rapidly changing political scene. The headmaster of his school is a renowned scholar and also a rebel and patriot for the Irish cause. Ned acts as a courier for the rebels, becoming more and more supportive of their struggle. The young man's coming-of-age is complicated by his feelings of nationalism, the love of several women, and his rescue of a young orphan during a street battle. YAs will get caught up in the excitement of this epic novel and root for Ned as he tries to save his comrades and fights side by side with the woman he loves. Katherine Fitch, Lake Braddock Middle School, Burke, VA Copyright 1998 Reed Business Information, Inc. From Library Journal Llywelyn revisits the bloody Easter Rising of 1916. Copyright 1998 Reed Business Information, Inc. From Kirkus Reviews A noted chronicler of Irish history and legend (Pride of Lions, 1996, etc.) here deals with the Easter Rising of 1916, as seen through the fictional adventures of a young man close to the inner circle of those working and fighting for Ireland's independence from England. When first introduced, teenager Ned Halloran is on his way to the US with his parents to attend the wedding of sister Kathleen to an Americanthe ship is the Titanic. On his grieving return to Ireland, Ned, a farmer's son, is sent to St. Enda's, a school where Irish history, languageand prideare not only valued but taught with fervor. It's at St. Enda's that he meets the ``conspiracy of poets,'' including Headmaster Padraic Pearse, who will become commander-in-chief during the Rising. Ned becomes acquainted with the many faces and phases of the rebellion against the ``looting'' and ``occupying'' English, while a plethora of movements begin to surface: the Sinn Fein (then standing for nonmilitary rebellion); the socialist Connolly's Citizen Army; and the Volunteer Corps. Ned joins the Fianna, a youth corps founded by the dought