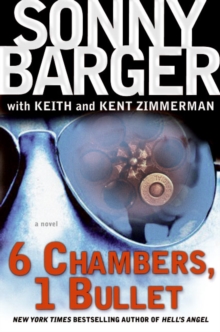 Product Description In this second adventure from bestselling author Sonny Barger, hardâ€“living antihero Patch Kinkade must find a way to bust in to prison if he's going to figure out who is responsible for killing three of his brothers. Patch Kinkade, the notorious leader of the infamous and feared Infidelz motorcycle club, has faced down a wide array of bad guys in his day. But when three of his fellow club members show up dead in a meat lockerâ€“â€“frozen stiff on their bikes, with counterfeit $100 bills stuffed in their mouths â€“ and the funny money leads back to the Russian mob, Patch is ready to add some exâ€“Pinkos to his hit list. After shaking down a couple of Russian hooker/con artists, Patch learns that there's a new Russian crime family, the Shalinsky Cartel, trying to establish their turf, and the murdered Infidelz were unfortunate casualties in their ruthless campaign. The Russians' leader is awaiting trial in prison, and it seems that Patch won't be able to get to the bottom of things without going to extreme measures. Soon he's behind bars himself, after cooking up an ingenious scheme to get at the Russian godfather, where he hopes to send a clear message â€“ don't mess with the brotherhood of the Infidelz â€“with one wellâ€“placed shank. Now Patch's wellâ€“honed skills, learned inside and outside of prison walls, must serve him well if he's to avenge his compatriots' deaths, and regain dominance for the Infidelz once and for all. From Publishers Weekly In a triumph of content over style, Barger and his erstwhile sidekicks, the Zimmermans, offer up another face full of road dust (after 2003's Dead in 5 Heartbeats) to feature California "bikerscum" hero, Patch Kincade. This time Patch gets tangled up with eastern European mobsters after four members of his motorcycle club (not, he emphasizes, a gang) are found dead, festooned with counterfeit cash and locked in a meat freezer. Patch is not so much a sympathetic character as he is a lucky bumbler of almost Shakespearean proportions; the double-crosses that mystify him can be seen coming a mile away and it's hard not to laugh at someone who gets himself sent to federal prison on a thousand-to-one shot at getting to a high-profile informant, but you still cheer when he pulls it all off in the end. This is a perfect escape for nostalgic and starry-eyed armchair bikers, of whom there are surprisingly many. Barger is also the author of the bestselling autobiography, Hell's Angel. (June) Copyright Â© Reed Business Information, a division of Reed Elsevier Inc. All rights reserved. From Booklist Patch Kinkade is a semiretired member of the infamous Infidelz Motorcycle Club. His quiet life in Arizona is disrupted when five members of the Infidelz are murdered in a meat locker with a wad of counterfeit bills stuffed in their mouths. Patch turns detective and learns his associates ran afoul of an Eastern European mob headed by Nicholai and Vladimir Rachov. In order to extract the correct measure of revenge, Patch will need to get into the prison where one of the Rachovs is incarcerated and then get out in order to kill the other one. The second Patch Kinkade adventure is an action novel in which the protagonists are the bad guys, but they are not the evil guys. If you want to experience the life of a hard-drinkin', dope-smokin', violence-prone motorcycle gang member (with a heart of gold), Barger and coauthors Keith and Kent Zimmerman supply the vicarious ticket. Wes Lukowsky Copyright Â© American Library Association. All rights reserved Review â€œThis is a perfect escape for nostalgic and starry-eyed armchair bikers, of whom there are surprisingly many.â€ ( Publishers Weekly) About the Author A master mechanic who has owned and operated his own bike shops, motorcycle legend Ralph â€œSonnyâ€ Barger is the author of the New York Times bestseller Hellâ€™s Angel: The Life and Times of Sonny Barger and the Hells Angels Motorcycle Club and Freedom: Credos from the Road. He lives in Ari