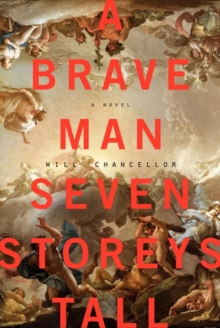 by: Will Chancellor
Format: Hardcover

A beautiful and compulsively readable literary debut that introduces Owen Burrâ€”an Olympian whose dreams of greatness are dashed and then transformed by an epic journeyâ€”and his father, Professor Joseph Burr, who must travel the world to find his son.Â  After his athletic career ends abruptly, Owen flees the country to become an artist. He lands in Berlin where he meets a group of art monsters living in the Teutonic equivalent of Warholâ€™s Factory. After his sonâ€™s abrupt disappearance, Burr dusts off his more speculative ideas in a last-ditch effort to command both Owenâ€™s and the world's attention. Â Â A Brave Man Seven Storeys TallÂ offers a persuasive vision of faith, ambition, art, family, and the myths we write for ourselves.Â