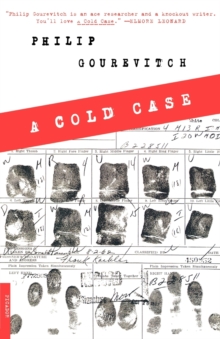 Frank Koehler was only 15 when he shot a friend in the back for double-crossing him. That's the sort of guy he was--violent, Mob-connected, and remorse-free. In the same rough-and-tumble postwar neighborhood on Manhattan's West Side lived a very different young man: Andy Rosenzweig, rigorously straight and determined to become a policeman at a time when cops were more likely to be taking naps or bribes than nabbing criminals. Years later, in 1970, Koehler murdered two men after an argument in a restaurant. One of the victims was a friend of Rosenzweig's. It was a straightforward case, but in a typical show of the NYPD's ineptitude, the case was closed when someone decided to declare Koehler dead, allowing him to slip away.

Twenty-seven years after the murders, on the eve of Rosenzweig's retirement as chief of investigations, he reopened the case, determined not to leave without catching the murderer of his friend. Philip Gourevitch, who last examined murder in the award-winning We Wish to Inform You That Tomorrow We Will Be Killed with Our Families: Stories from Rwanda, is more interested in the personalities of killers and those who pursue them than the drama of murder itself. As a result, A Cold Case is short on tension, but it is an excellent character study. Gourevitch immerses us in the "white hoodlum milieu of another time and from a city which no longer really exists," and he conjures up the particular moral universe of each character--Rosenzweig; murder victim Richie Glennon, an ex-prizefighter who walked the fence between the good guys and the bad guys; Murray Richman, the Mob-defending lawyer from the Bronx who likes murder cases because there's "one less witness to worry about"; and Koehler himself, now elderly but still unremorseful. Gourevitch's skillful handling raises intriguing contradictions and questions, not least this one Koehler asks about himself: "Why would people still think good of this asshole?" Now, that's a story. --Le