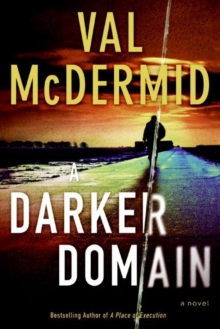 A DARKER DOMAIN: A NOVEL

Product Description â€œ[A Darker Domain] combines a thrilling story with heartbreaking questions of social justice and history.â€â€”Seattle Times Â  The New York Times calls Val McDermid, â€œAs smooth a practitioner of crime fiction as anyone out thereâ€¦the best weâ€™ve got.â€ Time spent with her extraordinary thriller, A Darker Domain, will prove that itâ€™s true. Set in Scotland, the milieu of Ian Rankinâ€™s John Rebus, McDermidâ€™s brilliant exploration of loyalty and greed intertwines the past and present. It was chosen as a New York Times Notable Crime Book of the Year and was a finalist for the Los Angeles Times Book Prize. From Publishers Weekly When Michelle Gibson reports her father, Mick Prentice, missing at the start of McDermid's intricate but underwhelming stand-alone psychological thriller, Det. Insp. Karen Pirie, head of the Fife police Cold Case Review Team, isn't interested until Michelle reveals that Mick disappeared during the 1984 miners' strike. At the time, everyone believed Mick went scabbing in Nottingham. Later, Karen is summoned to the home of wealthy Sir Broderick Maclennan Grant, whose daughter, Catriona, and baby grandson, Adam, were abducted in 1985. A botched ransom hand-off left Catriona dead and Adam nowhere to be found. New evidence linked to the kidnapping has surfaced, and now Karen has two missing people to locate. McDermid tries to pack too much story into one book, and the connection she draws between the cases feels forced. Fans of the Scottish author may be better off waiting for the next outing of McDermid's series to feature psychologist Tony Hill ( The Mermaid Singing, etc.). Author tour. (Feb.) Copyright Â© Reed Business Information, a division of Reed Elsevier Inc. All rights reserved. From Booklist McDermidâ€™s latest is a stand-alone set in Fife, Scotland. Detective Inspector Karen Pirie, newly appointed head of the Cold Case squad, has a hard time with desk work, so when a woman reports her father missing and last seen in 1984, Pirie canâ€™t resist. But her boss, a paper pusher known as the Macaroon, wants Karen in the office, at least until Bel, an investigative journalist, turns up new evidence in a 20-year-old heiress kidnap case. As Karen and Bel investigate, friendsâ€™ and family membersâ€™ memories of the missing people are delivered as flashbacks, resulting in short chapters, multiple viewpoints, and a moderately quick pace. As Karenâ€™s two cases seem to converge, the complex and layered plotlines come together, and McDermid does an excellent job creating tension around a cold case. Sure to be a hit with McDermidâ€™s large fan base, it should also appeal to those who read other Scottish police mysteries, such as Stuart MacBrideâ€™s (Flesh House, 2008). Those who enjoyed the cold-case aspect may also enjoy Johan Theorinâ€™s Echoes from the Dead (2008). --Jessica Moyer Review â€œMcDermid pulls us deeply into the lives of the victims and their families. . . . Pirie is a complicated heroine made all the more appealing by her everywoman demeanor.â€ ( USA Today) â€œMcDermid keeps the suspense high as she also delivers an emotionally wrenching story about people abandoned by those they trust the most.â€ ( South Florida Sun Sentinel) â€œGripping and intense. . . . A strong, suspenseful psychological thriller. . . . McDermid pulls together these disparate cases with the aplomb and skill that will remind readers of her masterpiece, A Place of Execution. McDermid takes us into the heart of a mining community where unity meant survival.â€ ( Mystery Scene) â€œA DARKER DOMAIN is a prime example of a crime novel that manages to encompass politics, sexual relations and social changes as it examines two unsolved crimes of the mid-1980s. . . . McDermid digs into the two cold cases through a pair of terrific investigators.â€ (Connecticut Post) â€œThis renowned Scottish writerâ€™s fascinating new book is dark, less violent than some previous titles and heartbreakingly vivid. Its greatest strength is its depiction of t