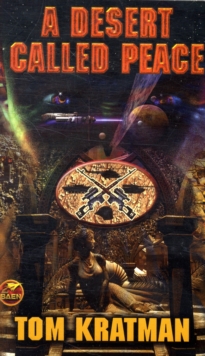 Product Description Hard hitting military SF adventure from a retired infantry commander. HE RAISED AN ARMYÂ AGAINST THOSE WHOÂ TOOK EVERYTHING FROM HIM They should have picked their enemies more carefully. Five centuries from now, on a remarkably Earthlike planet that is mankind's sole colony in space, religious fanatics called the ""Salafi Ikhwan"" have murdered the uncle of former colonel Patrick Hennessey. That was their first mistake, because uncle was rich and Hennessey was rather a good colonel. But they also murdered Hennessey's wife, Linda, and their three small children, and that was their worst mistake for she was the only restraint Hennessey had ever accepted. From the pile of rubble and the pillar of fire that mark the last resting place of Linda Hennessey and her children arises a new warriorâ€”Carrera, scourge of the Salafis. He will forge an army of ruthless fanatics from the decrepit remains of failed state's military. He will wage war across half a world. He will find those who killed his family. He will destroy them, and those who support them, utterly, completely, without restraint or remorse. Only when he is finished will there be peace: the peace of an empty wind as it blows across a desert strewn with the bones of Carrera's enemies. About the Author In 1974, at age seventeen,Â  Tom KratmanÂ became a political refugee and defector from the PRM (Peopleâ€™s Republic of Massachusetts) by virtue of joining the Regular Army. He stayed a Regular Army infantryman most of his adult life, returning to Massachusetts as an unofficial dissident while attending Boston College after his first hitch. Back in the Army, he managed to do just about everything there was to doÂ at one time or another. After the Gulf War, with the bottom dropping completely out of the anti-communist market, Tom decided to become a lawyer. Every now and again, when the frustrations of legal life and having to deal withÂ  otherÂ lawyers got to be too much, Tom would rejoin the Army (or a somewhat similar group, say) for fun and frolic in other climes. His family, muttering darkly, put up with this forÂ  years. He no longer practices law, instead writing full-time for Baen. His novels for Baen includeÂ  A State of Disobedience, Caliphate, and the series consisting ofÂ  A Desert Called Peace, Carnifex, The Lotus Eaters, The Amazon Legion, Come and Take Them,Â  The Rods and the Axe, andÂ  A Pillar of Fire by Night.Â He has written novels with John Ringo:Â  Watch on the Rhine, Yellow Eyes, andÂ  The Tuloriad.Â Also for Baen, he has written the first three volumes of the modern-day military fiction series Countdown.