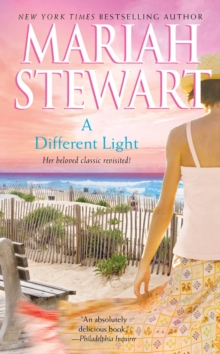 Product Description Dear Reader: I can hardly believe that A Different Light, one of my earliest novels, is available again at long last! And while the story is still the same, I've added new scenes and fleshed out the characters, making the novel richer and more contemporary. I've written twenty-three novels since A Different Light was first published, and I like to think I've brought the experience of the years to make this sparkling new edition even more compelling than before. Throughout these years, the character of Athena Moran has stayed with me. In her New Jersey town, beautiful, vibrant Athena is well known as the young widow of a police officer slain in the line of duty and as the daughter of a beloved former city councilman. But when she meets Quentin Forbes, a tough newspaper reporter, emotions that she believed died along with her husband start to stir again. Then she is asked to run for mayor, and the political contest that follows will test her newfound feelings to the breaking point, teaching her that things are not always as they appear, and much of what she's believed is more smoke than substance. The new direction Athena chooses tests her strength and courage, and ultimately leads her to see herself and everyone she knows in a totally new and different light. Best, Mariah Stewart About the Author Mariah Stewart is the award-winningÂ  New York TimesÂ andÂ  USA TODAYÂ bestselling author of numerous novels and several novellas and short stories. A native of Hightstown, New Jersey, she lives with her husband and two rambunctious rescue dogs amid the rolling hills of Chester County, Pennsylvania, where she savors country life and tends her gardens while she works on her next novel. Visit her website at MariahStewart.com, likeÂ her on Facebook at Facebook.com/AuthorMariahStewart, and follow her on Instagram @Mariah_Stewart_Books.