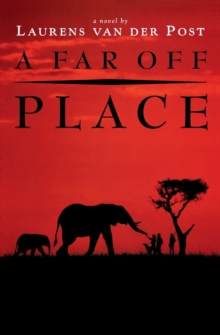 Product Description The story of a long, perilous journey undertaken by four survivors of a massacre: a teenage boy of European descent, a young white girl, and two Bushmen. The basis for a major film release from Walt Disney Pictures. Review 'With a loving, mystical awareness of the physical world, Colonel van der Post creates a compelling vision of small human creatures against a vast landscape...An infinitely subtle book' ( Sunday Telegraph - Janice Elliot) About the Author The extraordinary life of Laurens van der Post is not easily capsulized. Author of of many books, farmer, soldier, prisoner of war, political adviser to British heads of state, educator, humanitarian, philosopher, explorer, and conservationist are titles that barely indicate the depth and breadth of this rare individual. Born in 1906 in the interior of southern Africa, he lived among the people who created the first blueprint for life on earth, becoming the principal chronicler of the Stone Age Kalahari Bushmen. He was also one of C.G. Jung's closest friends for sixteen years. Van der Post dedicated his life to teaching the meaning and value of indigenous cultures in the modern world, a world he felt is in danger of losing its spiritual identity to technology, prejudice, empty values, and a lack of understanding of the interconnectedness of all life on earth. Awarded a knighthood (the C.B.E.) in 1981, Sir Laurens died after his 90th birthday, in December, 1996. He has written the following books: A Far Off Place The Heart of the Hunter? A Story Like the Wind