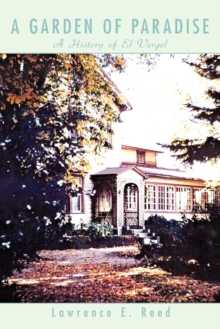 A GARDEN OF PARADISE: A HISTORY OF EL VERGEL

It was in 1917 that Reverend Ezra Bauman had a dream. He was a District Superintendent of the Methodist church in Chile at that time. A beautiful large farm was up for sale in south central Chile, which he thought was the perfect location for an agriculture school. Such an institution needed to be founded to help the poor and humble residents who needed a place to educate their children and to help other Chileans with improved farming methods. After several visits to the farm, called El Vergel, he convinced Bishop Oldham of the need for the project. The owner of the farm was old and needed to sell the farm. The Bishop finally convinced the Methodist Board of Foreign Missions to purchase the farm. Purchased in August 1919 - its Agriculture School opened in March, 1920. Soon thereafter a church was founded, where members assembled in a barn, and then a small primary school for farm children. This institution was first administered by Dr. U. G. Leazemby and then Mr. Floyd Crouse. In the meantime Mr. Elbert Reed, a horticulture specialist from Iowa, arrived on the farm in 1920 and by 1925 became its general manager, holding that position until his retirement in 1963. Throughout the years, the institution surged forward to insure that Reverend Bauman's dream be kept alive. New schools were opened, including a second primary school, a Vocational School for girls, a Social Hall a beautiful church, Agriculture School buildings, a museum, but most of all it provided a Christian environment. El Vergel is known for its excellent student graduates, gardens, ornamentals and its biological and archeological museum. Reverend Bauman's dream was fulfilled.