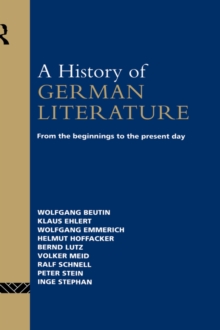 A HISTORY OF GERMAN LITERATURE: FROM THE BEGINNINGS TO THE PRESENT DAY