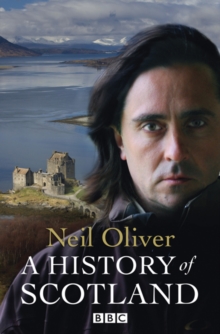 A HISTORY OF SCOTLAND

Scotland's history has been badly served over the years. Defined by its relationship to England, Scotland's popular history is full of near-mythical figures and tragic events, her past littered with defeat, failure and thwarted ambition. The martyrdom of William Wallace, the tragedy of Mary Queen of Scots and the forlorn cause of Bonnie Prince Charlie all give the impression of 'poor' Scotland; a victim of misfortune, leading to the country's inevitable submission to the Auld Enemy. After the Union in 1707, Scotland's increasing reliance on England culminated in a crisis of confidence and identity that tortures the country to this day. But how accurate is this version of events? Using the very latest in historical research and by placing Scotland's story in the wider context of British, European and global history, some of the myths that pervade the past will be exploded to reveal a Scotland which forged its own destiny, often with success.