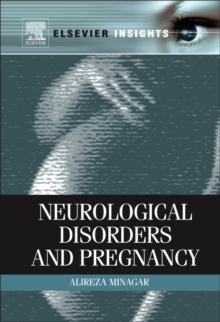 A HISTORY OF WEED SCIENCE IN THE UNITED STATES (ELSEVIER INSIGHTS)

Product Description It is important that scientists think about and know their history - where they came from, what they have accomplished, and how these may affect the future. Weed scientists, similar to scientists in many technological disciplines, have not sought historical reflection. The technological world asks for results and for progress. Achievement is important not, in general, the road that leads to achievement. What was new yesterday is routine today, and what is described as revolutionary today may be considered antiquated tomorrow. Weed science has been strongly influenced by technology developed by supporting industries, subsequently employed in research and, ultimately, used by farmers and crop growers. The science has focused on results and progress. Scientists have been--and the majority remain--problem solvers whose solutions have evolved as rapidly as have the new weed problems needing solutions. In a more formal sense, weed scientists have been adherents of the instrumental ideology of modern science. That is an analysis of their work, and their orientation reveals the strong emphasis on practical, useful knowledge; on know how. The opposite, and frequently complementary orientation, that has been missing from weed science is an emphasis on contemplative knowledge; that is, knowing why. This book expands on and analyzes how these orientations have affected weed scienceâ€™s development. Review "An excellent overview of how the recent emergence of the discipline of weed science came about in the 1950s and what has occurred since then to establish an origin, identity, and direction that will aid present and future weed scientists in how to best practice their disciplineâ€¦ The book presents key individuals and organizations, weed science founders, presidents of the Weed Science Society of America, university programs, and professional societies, as well as the agrochemical industry and public policy in an objective, lucid, well-documented mannerâ€¦ Highly recommended." --CHOICE "The area of weed science is worthy of a historical perspective, but there is only rather limited coverage, compared with entomology and plant pathology. This is surprising, given the importance of weeds in causing losses in both crop yield and quality and the importance of the global herbicide market. This rather short but intriguing book provides an interesting journal throught he history of weed science in the USA in its early chapters." --The Journal of Experimental Agriculture Review The only book written about the history of weed science in the U.S. About the Author Robert L. Zimdahl is a Professor of Weed Science at Colorado State University. He received his Ph.D. in Agronomy from Oregon State University. Among his many honors and awards, Dr. Zimdahl was elected a Fellow of the Weed Science Society of America in 1986 and currently serves as editor of that societyâ€™s journal, Weed Science. He has been a member of several international task forces and has authored a number of books and articles on the subject of weed science. He is the author of Fundamentals of Weed Science, and Six Chemicals that Changed Agriculture both from Elsevier.