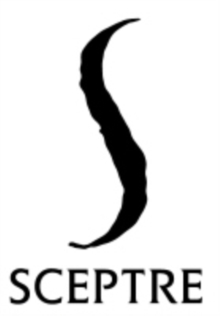 A LUCKY CHILD: A MEMOIR OF SURVIVING AUSCHWITZ AS A YOUNG BOY

Product Description Thomas Buergenthal, now a Judge in the International Court of Justice in The Hague , tells his astonishing experiences as a young boy in his memoir A LUCKY CHILD. He arrived at Auschwitz at age 10 after surviving two ghettos and a labor camp. Separated first from his mother and then his father, Buergenthal managed by his wits and some remarkable strokes of luck to survive on his own. Almost two years after his liberation, Buergenthal was miraculously reunited with his mother and in 1951 arrived in the U.S. to start a new life. Now dedicated to helping those subjected to tyranny throughout the world, Buergenthal writes his story with a simple clarity that highlights the stark details of unimaginable hardship. A LUCKY CHILD is a book that demands to be read by all. From Publishers Weekly Not many children who entered Auschwitz lived to tell the tale. The American judge at the International Court of Justice in the Hague, Czechoslovakia-born Buergenthal, is one of the few. A 10-year-old inmate in August 1944 at Birkenau, Buergenthal was one of the death camp's youngest prisoners. He miraculously survived, thanks, among others, to a friendly kapo who made him an errand boy. Buergenthal's authentic, moving tale reveals that his lifelong commitment to human rights sprang from the ashes of Auschwitz. 16 b&w photos, 1 map. (Apr. 20) Copyright Â© Reed Business Information, a division of Reed Elsevier Inc. All rights reserved. From Booklist You think youâ€™ve heard it all: the roundups, deportations, transports, selections, hard labor, death camps (â€œThat was the last time I saw my fatherâ€), crematoriums, and the rare miracle of survival. But this one is different. The clear, nonhectoring prose makes Buergenthalâ€™s personal storyâ€“â€“and the enduring ethical questions it promptsâ€“â€“the stuff of a fast, gripping read. Five years old in Czechoslovakia at the start of World War II, Buergenthal remembers being crowded into the ghetto and then, in 1944, feeling â€œluckyâ€ to escape the gas chambers and get into Auschwitz, where he witnessed daily hangings and beatings, but with the help of a few adults, managed to survive. In a postwar orphanage, he learned to read and write but never received any mail, until in a heartrending climax, his mother finds him. In 1952, he immigrated to the U.S., and now, as human-rights lawyer, professor, and international judge, his childhoodâ€™s moral issues are rooted in his daily life, his tattooed number a reminder not so much of the past as of his obligation, as witness and survivor, to fight bigotry today. --Hazel Rochman Review "In the plainest words and the steadiest tones (as an intimate would speak deadly truth in the dead of night), Thomas Buergenthal delivers to us the child he once was: an unblemished little boy made human prey by Europe 's indelible twentieth-century barbarism, a criminality that will never leave off its telling. History and memory fail to ebb; rather, they accelerate and proliferate, and Buergenthal's voice is now more thunderous than ever. Pledged to universal human rights, he has turned a life of gratuitous deliverance into a work of visionary compassion."-Cynthia Ozick, author of Heir to the Glimmering World "A Lucky Child is an extraordinary story, simply and beautifully told. Heartbreaking and thrilling, it examines what it means to be human, in every good and awful sense. Perhaps most amazingly of all, Thomas Buergenthal remembers and renders the small mysteries and grand passions of childhood, even a childhood lived under the most horrific circumstances."-Elizabeth McCracken, author of An Exact Replica of a Figment of My Imagination "The unsentimental tone of Buergenthal's writing magnifies his deliberate decision not to make melodrama out of a story that is plenty dramatic enough. Like Primo Levi and Anne Frank, Buergenthal can only tell the story of one life, but through that life we are led to consider and honor all the lives of those who