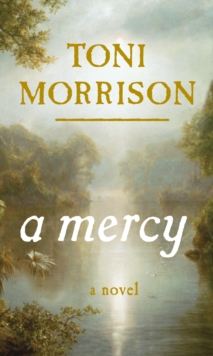 Product Description A powerful tragedy distilled into a jewel of a masterpiece by the Nobel Prizeâ€“winning author of Beloved and, almost like a prelude to that story, set two centuries earlier. In the 1680s the slave trade was still in its infancy. In the Americas, virulent religious and class divisions, prejudice and oppression were rife, providing the fertile soil in which slavery and race hatred were planted and took root. Jacob is an Anglo-Dutch trader and adventurer, with a small holding in the harsh north. Despite his distaste for dealing in â€œflesh,â€ he takes a small slave girl in part payment for a bad debt from a plantation owner in Catholic Maryland. This is Florens, â€œwith the hands of a slave and the feet of a Portuguese lady.â€ Florens looks for love, first from Lina, an older servant woman at her new masterâ€™s house, but later from a handsome blacksmith, an African, never enslaved. There are other voices: Lina, whose tribe was decimated by smallpox; their mistress, Rebekka, herself a victim of religious intolerance back in England; Sorrow, a strange girl whoâ€™s spent her early years at sea; and finally the devastating voice of Florensâ€™ mother. These are all men and women inventing themselves in the wilderness. A Mercy reveals what lies beneath the surface of slavery. But at its heart it is the ambivalent, disturbing story of a mother who casts off her daughter in order to save her, and of a daughter who may never exorcise that abandonment. Acts of mercy may have unforeseen consequences. From Publishers Weekly Starred Review. Nobel laureate Morrison returns more explicitly to the net of pain cast by slavery, a theme she detailed so memorably in Beloved. Set at the close of the 17th century, the book details America's untoward foundation: dominion over Native Americans, indentured workers, women and slaves. A slave at a plantation in Maryland offers up her daughter, Florens, to a relatively humane Northern farmer, Jacob, as debt payment from their owner. The ripples of this choice spread to the inhabitants of Jacob's farm, populated by women with intersecting and conflicting desires. Jacob's wife, Rebekka, struggles with her faith as she loses one child after another to the harsh New World. A Native servant, Lina, survivor of a smallpox outbreak, craves Florens's love to replace the family taken from her, and distrusts the other servant, a peculiar girl named Sorrow. When Jacob falls ill, all these women are threatened. Morrison's lyricism infuses the shifting voices of her characters as they describe a brutal society being forged in the wilderness. Morrison's unflinching narrative is all the more powerful for its relative brevity; it takes hold of the reader and doesn't let go until the wrenching final-page crescendo. (Nov.) Copyright Â© Reed Business Information, a division of Reed Elsevier Inc. All rights reserved. From Bookmarks Magazine Several reviewers ranked A Mercy near the top of Toni Morrison's catalogueâ€”an impressive feat. Given the subject of slavery, comparisons with Beloved are inevitable; critics tended to think of A Mercy as a more compact companion piece to that work. Many reviewers also noted that A Mercy is more accessible than Morrison's other novels that were written since she won the Nobel Prize, showing that the award does not, in fact, curse its recipients with literary decline. But a few reviewers also noted the inevitable deference given to an author like Morrison. Some sections of A Mercy may seem obscure, they suggested, but that obscurity simply indicates that those sections deserve another read. The reviewer from the Dallas Morning News summed it up nicely: this novel is more accessible than Morrison's recent work, and is all the better for it. But there is still plenty of allusion and poetry so that you won't forget who you're readingâ€”or why there may be a few passages that you're rereading. Copyright 2008 Bookmarks Publishing LLC From Booklist *Starred Review* In its fi