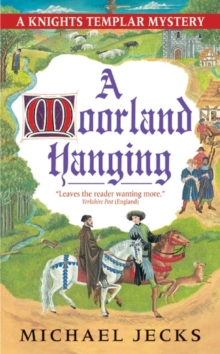 They had all joined taking three vows: poverty, chastity, and obedienceâ€¦for they were monks: warrior monks, dedicated to theprotection of pilgrims in the Holy Land -- until stories spread by anavaricious king who wanted their wealth for his own destroyed the order.

There was one knight, however, who escaped the stake, vowing justiceas he watched his innocent brothers die.

Cold-blooded murder has transformed Simon Puttock's official obligation into something horrid -- and he will need the able assistance of his friend, Sir Baldwin Furnshill, to draw a criminal out. A former Knight Templar, Sir Baldwin knows much of duty and servitude -- and of evil freely indulged in thename of godliness or greed. Now justice must be served,even if their search exposes extortion, foul corruption,rule by fearâ€¦and killers willing -- even eager -- to shed more blood.