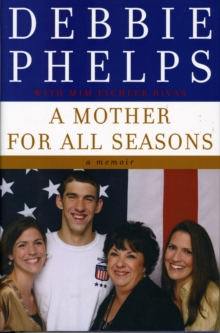 A MOTHER FOR ALL SEASONS: A MEMOIR

While her son Michael thrilled the world with his record-setting eight-gold-medal performance during the 2008 Beijing Olympics, Debbie Phelps stole the show. No Olympics coverage was complete without her, and she often appeared along side her son-and proved a much more compelling guest. After all, she was the one who drove him to all those pre-dawn practices, who raised him and his sisters alone, who told him he could succeed when doubts crept in, who instilled his discipline and drive by her example.

A single mother and devoted school principal, Debbie knows how to raise a successful child, no matter the odds. Her story is also one of adversity, dedication, and the struggle to overcome life?s challenges. In her memoir, she tell her full story for the first time: What happened to her husband, Michael?s father? What does it take to raise a champion? What were the challenges of being a single mother? What is Michael really like?