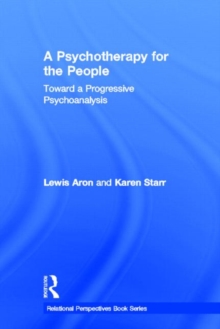 A PSYCHOTHERAPY FOR THE PEOPLE: TOWARD A PROGRESSIVE PSYCHOANALYSIS (RELATIONAL PERSPECTIVES BOOK SERIES)