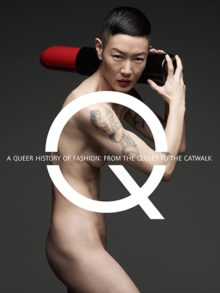 A QUEER HISTORY OF FASHION: FROM THE CLOSET TO THE CATWALK

Product Description An unprecedented in-depth exploration of the complex interrelationship between high fashion and queer history and culture From Christian Dior to Yves Saint Laurent and Alexander McQueen, many of the greatest fashion designers of the past century have been gay.Â  Fashion and style have played an important role within the LGBTQ community, as well, even as early as the 18th century.Â  This provocative book looks at the history of fashion through a queer lens, examining high fashion as a site of gay cultural production and exploring the aesthetic sensibilities and unconventional dress of LGBTQ people, especially since the 1950s, to demonstrate the centrality of gay culture to the creation of modern fashion.Â Â  Â  Contributions by some of the worldâ€™s most acclaimed scholars of gay history and fashion â€“ including Christopher Breward, Shaun Cole, Vicki Karaminas, Jonathan D. Katz, Peter McNeil, and Elizabeth Wilson â€“ investigate topics such as the context in which key designersâ€™ lives and works form part of a broader â€œgayâ€ history; the â€œarcheologyâ€ of queer attire back to the homosexual underworld of 18th-century Europe; and the influence of LGBTQ subcultural styles from the trouser suits worn by Marlene Dietrich (which inspired Yves Saint Laurentâ€™s â€œLe Smokingâ€) to the iconography of leather. Sumptuous illustrations include both fashion photography and archival imagery. Review "These informative essays trace our gay apparel from some suggestive costuming of the early 17th Century, through "out"-fits for mediated postfeminist identities, to clothing that is overt, politically affiliated and activist. Along the way are sumptuous full-color photographs of pieces from the exhibit, including an 18th Century dandyâ€™s suit, a sexually ambiguous ladyâ€™s riding costume by Pierre Balmain, Jean Cocteau and Christian Bernard, a Gaultierâ€™s orange velvet dress for men with conical bosoms, and even activist drag from 1903."â€” Edge ( Edge) â€œThis is a splendid book on the only art everyone is involved withâ€“fashion and clothing. Itâ€™s superbly written and researched, and provides amazing illustrations.â€â€” OutSmart Magazine ( OutSmart Magazine) Winner of the 2014 Milla Davenport Publication Award sponsored by the Costume Society of America. (Milla Davenport Publication Award Costume Society of America 2014-05-30) About the Author Valerie Steele is director and chief curator of The Museum at the Fashion Institute of Technology, New York.