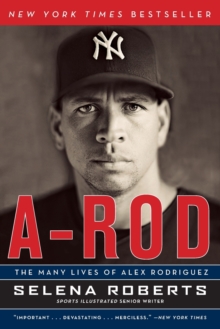 A-ROD: THE MANY LIVES OF ALEX RODRIGUEZ

The highest-paid player in the history of baseball and widely regarded as the greatest in the modern game, the Yankees' Alex Rodriguez ensured his place in the record books in 2007 when, at thirty-two, he became the youngest player to hit five hundred home runs. But his reputation changed drastically two years later, when Selena Roberts broke the news in Sports Illustrated that he had used performance-enhancing drugs while playing for the Texas Rangers and later with the Yankees.

In A-Rod, Roberts chronicles Rodriguez's extraordinary life, going beyond the sensational headlines to reveal a man torn by obligation to his family and the pull of insatiable hedonism. Ultimately, Roberts captures Rodriguez as a tragic figure in pinstripes: the man once considered the clean exception of the steroid generation revealed as an unmistakable product of its greed and dissolution.