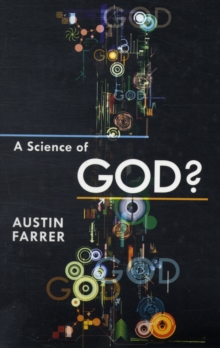 A SCIENCE OF GOD?

In A Science of God? Austin Farrer insists upon the concrete, positive, affirmative elements in the Christian faith. Here, he counters the argument that scientific discoveries for example, those associated with the theory of evolution make belief in God impossible. A Science of God? showcases Farrers well-deserved reputation for combining considerable scholarship with intellectual integrity. There have been few better advocates for universal, deep-rooted, mature Christianity.One of the twentieth centurys most original and independent theologians offers stimulating reflections on the inter-relationship of science and theology in their common quest for truth. Revd John Polkinghorne, KBE, FRS, author of Quantum Physics and Theology. I welcome the republication of this important contribution to the science and religion debate. It was ahead of its time conceived against the background of the Death of God movement of the 1960s, it is even more relevant now in the context of the New Atheism. John Barton, Oriel & Laing Professor of the Interpretation of Holy Scripture, University of Oxford