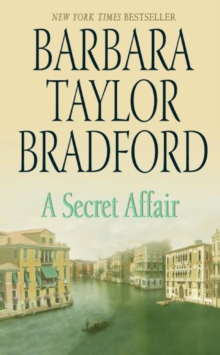 Product Description Seeking some much-needed rest and relaxation after a long stint as a TV-news war correspondent in Bosnia, 33-year-old Bill Fitzgerald travels to Venice. There he is struck by the dark beauty of a young American woman, Vanessa Stewart, a 27-year-old glass designer from New York.Unhappily married, she welcomes a no-strings friendship with Bill. Soon they embark on an illicit affair and find themselves desperately in love. They vow to see each other whenever and wherever they can. But on their third meeting, one of them does not show up. Once again, Barbara Taylor Bradford weaves a love story of uncompromising ardor, this time taking readers through secret trysts in Venice, Manhattan and Southampton. In A Secret Affair, she touches on subjects that will stir the hearts and minds of her readers -- unconditional love and devotion, loyalty and loss. About the Author Barbara Taylor Bradford was born in Leeds, Yorkshire, and was a reporter for the Yorkshire Evening Post at sixteen. By the age of twenty she had graduated to London's Fleet Street as both an editor and columnist. In 1979, she wrote her first novel, A Woman of Substance, and that enduring bestseller was followed by 12 others: Voice of the Heart, Hold the Dream, Act of Will, To Be the Best, The Women in His Life, Remember, Angel, Everything to Gain, Dangerous to Know, Love in Another Town, Her Own Rules and A Secret Affair. Of these titles, ten have been made into television miniseries or are currently in production. Her novels have sold more than 56 million copies worldwide in more than 88 countries and 38 languages. Barbara Taylor Bradford lives in New York City and Connecticut with her husband, film producer Robert Bradford.