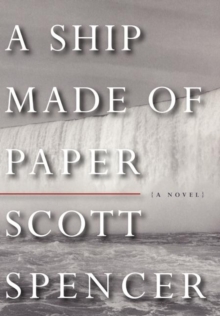 A SHIP MADE OF PAPER: A NOVEL

No novelist alive knows the human heart better than Scott Spencer does. No one tells stories about human passion with greater urgency, insight, or sympathy. In A Ship Made of Paper, this artist of desire paints his most profound and compelling canvas yet.

After a shattering incidence of violence in New York City, Daniel Emerson has returned to the Hudson River town where he grew up. There, along with Kate Ellis and her daughter, Ruby, he settles into the kind of secure and comfortable family life he longed for during his emotionally barren childhood. But then he falls in love with Iris Davenport, the black woman whose son is Ruby's best friend. During a freak October blizzard, Daniel is stranded at Iris's house, and they spend the night together -- the beginning of a sexual liaison that eventually imperils all their relationships, Daniel's profession, their children's well-being, their own race-blindness, and their view of themselves as essentially good people. And the emotional stakes are raised even higher when Iris's husband, Hampton, suffers a devastating accidental injury at Daniel's hands.

A Ship Made of Paper captures all the drama, nuance, and helpless intensity of sexual and romantic yearning, and it bears witness to the age-old conflict between the order of the human community and the disorder of desire.