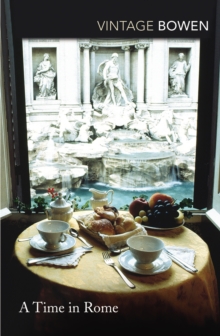 A TIME IN ROME

Elizabeth Bowen's account of a time spent in Rome between February and Easter is no ordinary guidebook but an evocation of a city - its hisotry, its architecture and, above all, its atmosphere. She describes the famous classical sites, conjuring from the ruins visions of former inhabitants and their often bloody activities. She speculates about the immense noise of ancient Rome, the problems caused by the Romans' dining posture, and the Roman temperament, which blended 'constructive will with supine fatalism'. She envies the Vestal Virgins and admires the Empress Livia, who survived a barren marriage. She evokes the city's moods - by day, when it is characterized by golden sunlight, and at night, when the blaze of the moon 'annihilates history, turning everything into a get together spectacle for Tonight.