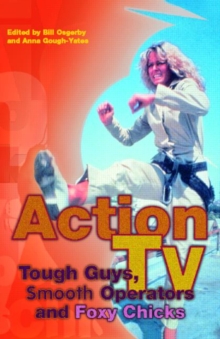 Product Description From re-runs of 'TV classics' like The Avengers or Starsky and Hutch, to soundtracks, club nights and film remakes such as Mission Impossible II, the action series is enjoying a popular revival. Yet little attention has been paid to the history, nature and enduring appeal of the action series, and its place in popular culture, past and present. Action TV traces the development of the action series from its genesis in the 1950s. From The Saint to Knigh t Rider, contributors explore the key shows which defined the genre, addressing issues of audiences and consumption, gender and sexuality, fashion and popular culture. They examine the institutional and cultural factors influencing the action series, and relate shifts in the genre to other forms of popular culture including film, pop music, fashion and popular literature. Chapters include: * Of leather suits and kinky boots: The Avengers, style and popular culture * 'Who loves ya, baby?': Kojak, action and the great society *'A lone crusader in a dangerous world': heroics of science and technology in Knight Rider * Angels in chains? feminism, femininity and consumer culture in Charlie's Angels * 'Who's the cat that won't cop out?' Black masculinity in American action shows of the sixties and seventies About the Author Bill Osgerby is Senior Lecturer in Cultural Studies at the University of North London. Anna Gough-Yates is Senior Lecturer in Cultural Studies at the University of East London. She is the author of Understanding Women's Magazines (Routledge 2001).