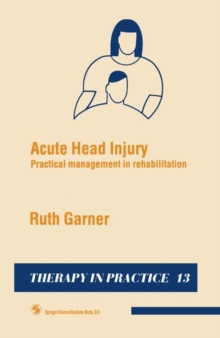 It is both a pleasure and a privilege to be invited to contribute a foreword to this book, which deserves - and needs - to be read by virtually everyone who is concerned with the treatment and subseÂ­ quent welfare of the victims of severe injuries of the brain. Some friends, relatives and workmates might be helped by reading some parts of it, but, if the book has the effect it deserves to have on therapists, nurses, doctors, and others working in both hospitals and the community, these laymen will be suitably informed and assisted by one or more members of the necessarily large therapeutic team. The improvements in methods of resuscitation that have taken place during the last 40 years or so have abolished the previously fatalistic readiness to accept that a week or two in coma after a head injury was virtually a sentence to death from pneumonia. After it had become possible to save lives it gradually became clear that survival of the patient was not necessarily followed by recovery of the brain and that the price of success, in saving lives, was a populaÂ­ tion of cerebral cripples that was increasing at the rate of 1000 or more a year throughout the country. Although this figure has remained about the same for more than 20 years, there has been a great improvement in the amount of interest, the standard of care and the quality of results that are being achieved.